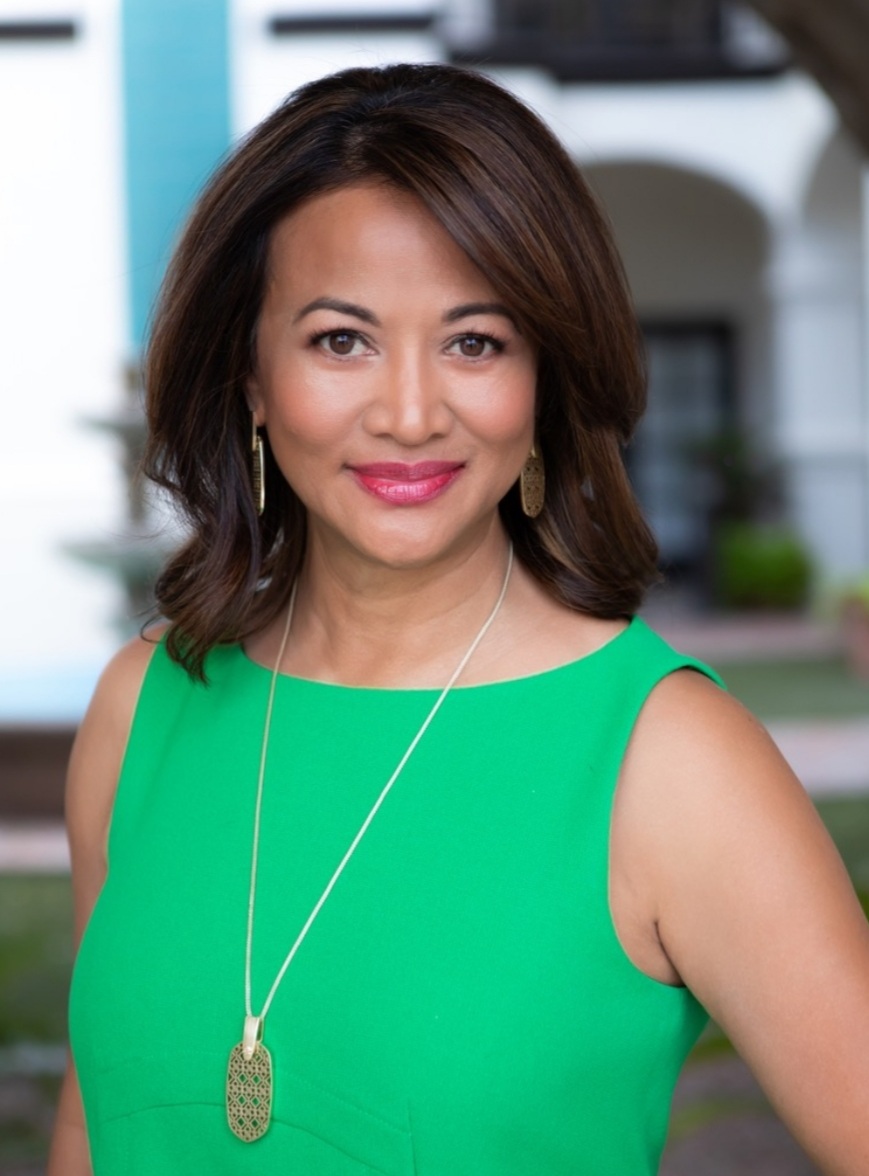 Adelaida V. Severson, Ph.D., is President and CEO of Bushtex, Inc. She founded Bushtex, Inc. with her husband Barry in 1994 as a satellite communications firm specializing in remote broadcast transmissions worldwide. In 2003, Dr. Severson became more involved with the marketing and operations of the company, helping to increase sales and visibility.

Today, Bushtex’s customers range from television networks that need to broadcast sporting and news events from around the world, to corporations wanting to set up teleconferences, to government agencies that need to communicate via satellite. Some notable achievements of Dr. Severson and Bushtex’s are coordinating televised NFL Super Bowl Games, the Summer and Winter Olympics since 1990, and supporting our nation’s military outlets with high level surveillance.

Born and raised in Hawaii, Dr. Severson graduated with a B.A. in Journalism and International Relations from the University of Southern California. She received a Masters of Mass Communication and a Ph.D. in Public Administration from Arizona State University. Her background includes public relations, broadcast journalism, marketing, events management, philanthropy, and satellite communications. Additionally, she has traveled extensively, both internationally and domestically, to consult on communications strategies.

Dr. Severson has received numerous awards and accolades with Bushtex throughout her career. Most recently, Bushtex was inducted into the prestigious Sun Devil 100 Class of 2022 by the ASU Alumni Association for the fourth year in a row. Adelaida was named as the 2017 Arizona State University Walter Cronkite School Hall of Fame Alumni during the ASU Cronkite School December 2017 Convocation Ceremony. The AZ Business Magazine named her one of the Most Influential Women in Arizona, Phoenix; Business Journal named her one of 25 Top Dynamic Business Women in Phoenix; in 2013 she was named Gilbert Chamber of Commerce Business Woman of the Year 2013; the AZ Republic called her an “Arizona Original” (a listing of four women who have pioneered the way for women in technology); one of the Most Influential Women in Arizona. Her community involvement includes serving as an ASU Trustee; Park University Trustee; former Governing Board of the Gilbert Public School District; Gilbert Chamber of Commerce Board member; National Cronkite Advisory Board; Gilbert Leadership Board (graduated from Class XIII); and a member of the Diocese of Phoenix Bishop’s Stewardship Advisory Council. 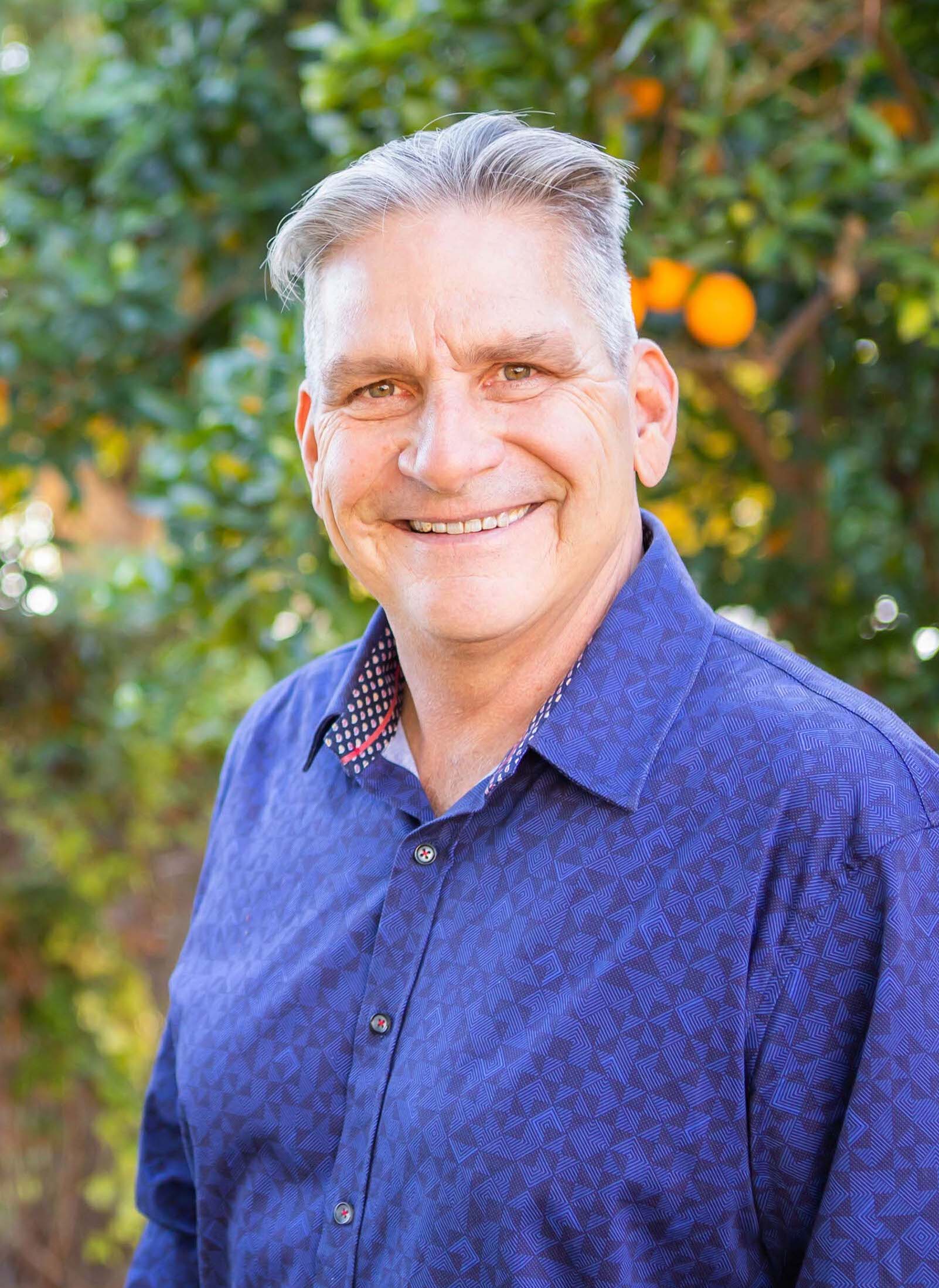 Barry S. Severson is the Principal and Vice President of Research and Development for Bushtex, Inc. He handles all technical and engineering aspects of the company while devising and launching new technologies to improve upon serving the customer through satellite communication.

Severson has traveled to every corner of the world by plane, train, and boat in order to provide satellite transmissions for many historic events. In 1987, he started his career driving and operating transportable uplinks for major events within the United States. Most of the events were sports (PAC-10 Football games for all ABC, CBS, and NBC; Championship Boxing matches for HBO; Goodwill Games for Turner Broadcasting; Super Bowl Coverage for CBS; Top Rank Boxing and Golf for ESPN), news (Democratic and Republican Conventions and Presidential Elections for all networks; live coverage of events for CNN) or entertainment (Grateful Dead Concert for Pay-Per-View; HBO Comic Relief).

In 1991, the Gulf War presented Severson the opportunity to take his knowledge internationally and was signed on as a freelancer for CBS News in Amman, Jordan. This was the beginning of a very long trip.

From there, Severson’s passport was stamped from places all over the globe, including India, Mozambique, South Africa, Haiti, Bosnia-Herzegovina, Malaysia and Afghanistan. During these travels, he was mainly in field operations handling logistics and engineering of both international and domestic C- and Ku-Band digital and analog satellite uplinks and downlinks through flyaway kits and mobile units. From Formula One Races in Australia, Malaysia and Brazil to civil unrest in former Bosnia-Herzgovina, Rwanda and former Zaire to UEFA Championship League Football in Bucharest, Romania to a Larry King Live interview with the Dalai Lama at his residence in India to the first ever live broadcast from the Titanic for the Discovery Channel, Severson has seen it all. In addition, he built temporary antennas for long-term events like the 2000 Summer Olympics in Sydney, Australia and the 2002 World Cup in Seoul, Korea. Temporary and permanent installations of antennas up to 9M are all in a day’s work. Severson graduated from the University of South Dakota with a B.A. Fine Arts (Mass Communication).