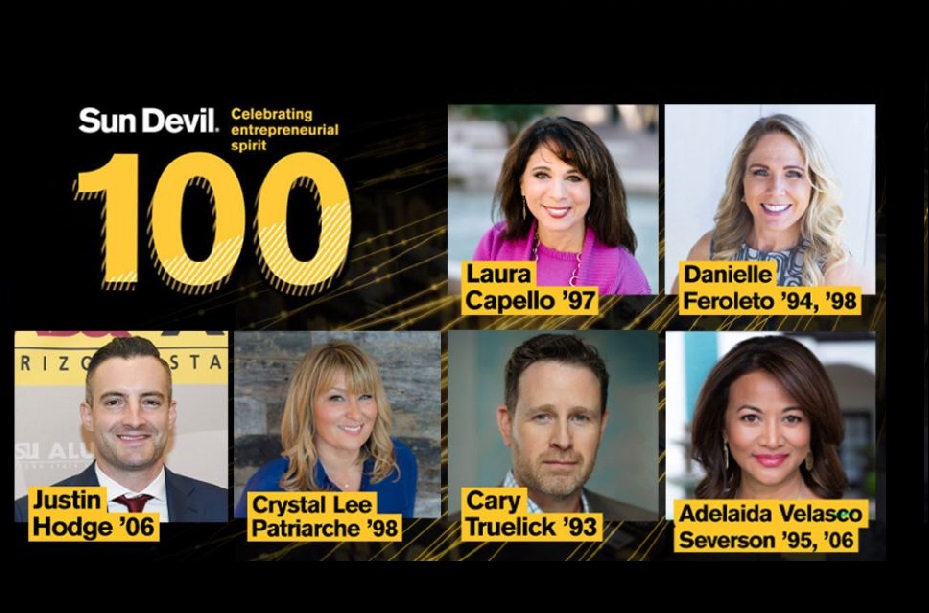 By Jackson Loder Six alumni from the Walter Cronkite School of Journalism and Mass Communication at Arizona State University have been named to the Sun Devil 100, which celebrates the achievements and successes of some of the university’s most successful graduates. Every year, the ASU Alumni Association recognizes ASU graduates who either own or lead the top 100 fastest-growing companies and who have applied to the Sun Devil 100. Multiple alumni can be honored from the same company, but only the top 100 companies are inducted into the class. The Class of 2021 features 100 organizations represented by 133 Arizona State University alumni. The Alumni Association announced the conferral rankings on June 17 during a live, virtual ceremony on LinkedIn Live. “We’re proud of our Cronkite alumni and their business success. We applaud their community leadership and involvement,” said Michael Wong, director of the Cronkite School’s Career Services. Below is the list of the Cronkite alumni named to the Sun Devil 100: Justin Hodge, who earned a degree in journalism and mass communication in 2006, is the highest ranked Cronkite alumnus in the Sun Devil 100 at No. 16. Hodge is the founder and president of Muscular Moving Men and Storage. The Sun Devil 100 list is not Hodge’s first honor, as he was previously named to the Phoenix Business Journal’s “40 under 40” list in 2018. He also made the Sun Devil 100 list in 2020. Danielle Feroleto, who earned a bachelor’s degree in journalism in 1994 and a master’s degree in mass communication in 1998, is the president of Small Giants, a marketing and business development agency for architecture, engineering, construction and commercial real estate companies. Feroleto was also ranked in the Sun Devil 100 in 2019 and 2020. This year she is ranked No. 36. Cary Truelick, ranked No. 42, graduated from Cronkite in 1993 with a bachelor’s degree in broadcasting. He is now a partner, producer and director at True Story Films. Truelick specializes in the production of commercials and documentaries. He co-founded the company in January 2003. Crystal Lee Patriarche, who received her bachelor’s degree in journalism in 1998, is the CEO of SparkPoint Studio, a public relations and communications firm based in Chandler. Patriarche is ranked No. 48. Adelaida Velasco Severson, Ph.D. is ranked No. 57. Velasco Severson earned a master’s degree in mass communication from Cronkite when she graduated in 1995. She is the CEO/owner of Bushtex Inc., a Gilbert-based telecommunications company. She received her undergraduate degree from the University of Southern California in 1987. Laura Capello, who earned a bachelor’s degree in journalism in 1997, is the president and CEO at Big Brothers Big Sisters of Central Arizona, a nonprofit organization in Phoenix whose aim is to “create and support one-to-one mentoring relationships that ignite the power and promise of youth.” Capello is ranked No. 92. https://cronkite.asu.edu/news-and-events/news/six-cronkite-alumni-named-2021-sun-devil-100-list-successful-entrepreneurs